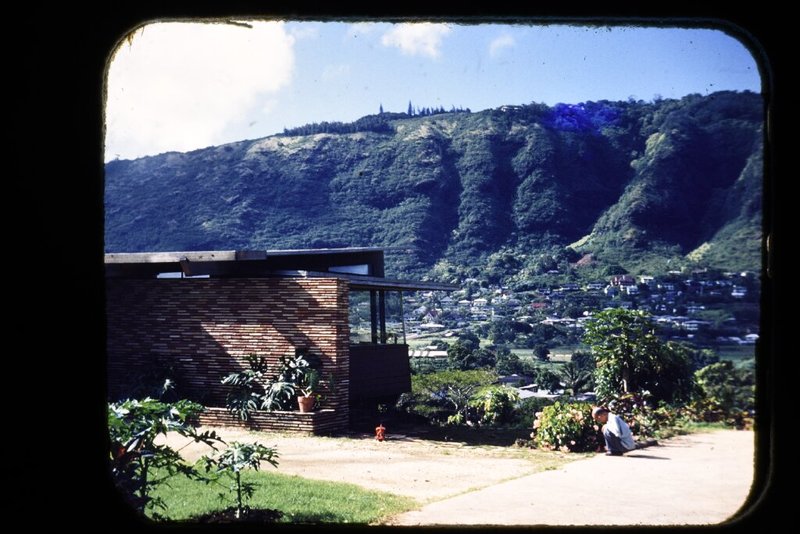 With its lush vegetation, which includes bamboo, monstera, and mature trees, the neighborhood retains the feel of “old Hawaii” in spite of its suburban location. Most of the subdivision was developed and designed in 1953 by Harry Seckel, a local modernist architect influenced by the "environmental living" movement. Until 1918, the land was used as a dairy under prominent businessman Benjamin Franklin Dillingham's Woodlawn Dairy and Stock Company, from which came the origin of Woodlawn Terrace Place.  Near Woodlawn Terrace Place, on Woodlawn Drive, is the Nationally-registered Lukens Residence, a Tutor Revival-style manor built as part of the first wave of suburban development in the Woodlawn Tract subdivision in the mid-1920s. Also nearby, on Melemele Place, are five homes designed in the international style by the renowned Honolulu-based architect Alfred Preis, a colleague of Seckel’s.

Every original lot in Woodlawn Terrace was 10,000 square feet or more and available for purchase beginning in 1954, according to newspaper advertisements. The ads also highlighted orchid houses in select homes, as well as underground utilities, which offered unobstructed views and a more "natural" setting. Prospective residents were also told of "special measures to protect this neighborhood against undesirable building."

Nearly all 64 residences were built between 1953 and 1963, with the remaining five built in 1967, 1991, and the 2000s in a relatively modest scale or style not incompatible with the original houses. Most have three bedrooms, lanais or back porches, and an integrated carport, and all are one story or 1-1/2 stories. The primary cladding material is vertical wood, with secondary cladding consisting of cement block; two recently built houses are clad in stucco. Roof forms are low-pitched gable, shed, or flat with a distinctly streamlined style that also borrows elements from modern Japanese architecture. All kitchens face north. An open floor plan, also consistent with Japanese residential architecture, predominates. Wide projecting eaves, a multitude of large picture, clerestory, and awning windows that project an abundance of natural light into the homes, earth-toned siding, and diverse tropical vegetation are also visual hallmarks of Woodlawn Terrace.

All of the original houses are stylish- modest in scale, they and the surrounding flora convey a simplicity and sensitivity to the natural beauty and topography surrounding them that is in tune with Seckel's emphasis on "environmental living." Property lines conform to the topography, limiting the population density and preserving the character of the neighborhood. The majority of houses have rear Japanese-style sliding wall panels that allow for easy, open access between the house and its backyard. As Seckel writes in 1954's Hawaiian Residential Architecture:

These homes are a departure from the concept of an enclosed house as an entity separate from its surroundings. Instead, the entire site is considered as the dwelling . . . Outdoor and indoor spaces are unified rather than separated . . . Most of them show the results of a close collaboration between the architect and the landscape architect. Trees and shrubbery are incorporated into the dwelling as an integral part of it.

The homes are midcentury in style yet simultaneously Hawaiian in their suitability to the Islands’ mild climate. Furthermore, they are exceptionally well maintained and retain most of, and in some cases all of their integrity. All alterations appear to exist in the rear and therefore are scarcely visible from the street, and the vegetation, while copious, does not obstruct a similar view. Rooflines, siding, and windows remain intact in almost all cases. The handful of post-1963 homes do little to detract from the overall ambiance of this unique subdivision, which meets the qualifications necessary to be nominated as a National or State Historic District. 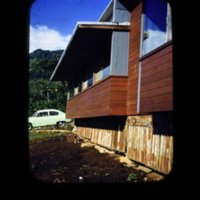 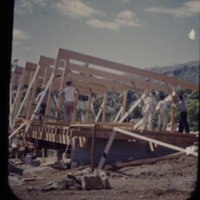 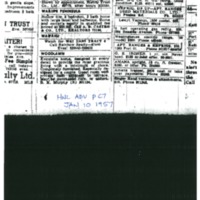