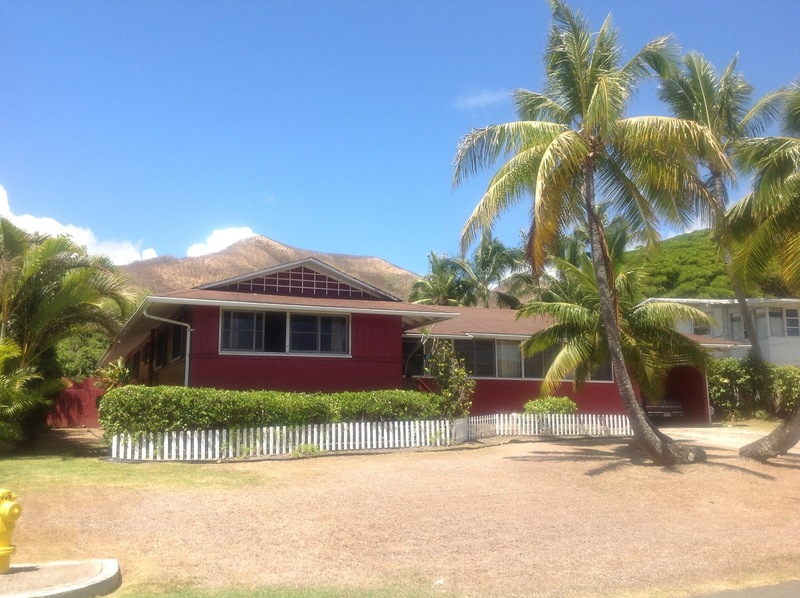 The objectives of this project are manifold. The primary objective is to increase understanding of post-war housing among State Historic Preservation Division (SHPD) Architecture Branch staff. SHPD is responsible for reviewing projects on all buildings over fifty years old. Reviewing these projects has always been a huge and difficult task but because the built environment of Oahu expanded massively after World War II it hasrecently become a much larger endeavor. It is imperative that SHPD act proactively to pre-assess resources of the post-war era so that it can accurately and efficiently meet its statutory obligations. This project represents an important first step in expanding public knowledge of this important period in Oahu developmental history. This survey was also a pilot project. The survey of these neighborhoods will serve as a proof of concept for an incrementally-constructed comprehensive survey of post-war subdivisions throughout the island of Oahu. In addition to providing a framework for future survey work the project was built to evaluate the performance of Android and iPad tablets as data collection devices. Finally, the survey was an attempt to give a chance for future preservation professionals hone their skills as surveyors.

Boundary Justification
The broad boundaries of this project are limited to the island of Oahu which is synonymous with the City and County of Honolulu. This will also serve as the larger study area for future increments of this project. Within Oahu twelve subdivisions were selected as pilot study areas. Ideally, survey locations would have been chosen scientifically using Geographic Information System (GIS) data. This would allow a map of single-family residential architecture on the island to be created and color coded by building age. In the future such a map will be used to direct survey resources. Unfortunately, the necessary infrastructure to support this study is not yet available at SHPD. Instead pilot neighborhoods were selected by Dr. Don Hibbard, an expert on the built environment of Hawaii, and Mike Gushard an architectural historian with the Division. The neighborhoods chosen were selected to be evenly distributed across the socio-economic spectrum. The chosen neighborhoods are focused on the southern and windward sections of the island as these are the primary centers of population of Oahu. The North Shore was not included in this pilot survey. This should not suggest that there is not postwar subdivisions to be investigated there. The neighborhoods chosen are named in the links on this page.

While all of these subdivisions consist entirely of single family dwellings their shape and size are widely varied. Department of Land Utilization (DLU) Maps were used to identify the general boundaries of each of the subdivisions. Larger subdivisions are often completed in phases and DLU maps also proved useful in establishing each subdivisionʼs constituent increments. Where DLU maps were not useful establishing boundaries property tax information from http://www.honolulupropertytax.com, specifically building age data, was used to intuit subdivision boundaries and internal increments. In most cases surveyors choose to broadly sample large, multi-increment subdivisions . In a few cases a single increment of a neighborhood, usually the oldest, was surveyed as a test case.

Background Research
The SHPD architectural historian undertook preliminary research for the project a month in advance. Typically these efforts would be informed by similar survey work and context studies in the area but the dearth of organized research on the topic required this research be library and archive focused. Paradise Improved Environmental Design in Hawaii a 1971 bibliography of popular and scholarly work on the built environment of Hawaii by J. Meredith Neil provided the foundation for early research for the project. Relevant works cited in the bibliography were read and then scanned into a large archive stored in an Evernote database for use by project interns. The 300+ page corpus of project relevant research is comprised mostly of articles from local building,lifestyle and home improvement press including Paradise in the Pacific, Hawaii Farm and Home and the various incarnations of Hawaii Building and Industry. Storing this body of information in the cloud allowed it to be text searchable and easily maintained for future researchers. After compiling and considering this general research it became apparent that magazines and journals alone would not provide enough specific information pertaining to the selected study areas. The great diversity of neighborhoods to be surveyed presented a research problem. This was exacerbated by the abbreviated six week time frame that SHPD allotted for theproject. For these reasons it was necessary to find rich research sources that where easily accessible in a single location. Oahuʼs two major papers, The Star Bulletin and The Advertiser were determined to be the best source of historical information pertaining to specific housing developments. Newspapers were the most potent and accessible form of advertising in the period. As commercial products, new housing developments projects were reliant on advertising to make consumers aware of their availability and turn a profit. Every subdivision chosen for this project was advertised extensively and these ads usually contained basic information about amenities, unit cost, look, location, date of construction and the developer. Gathering this informationinvolved examining every home and living oriented section in every edition of each newspaper within the study period. This information, when paired with the previous gathered background research, was enough to allow the project surveyors to enter the field with a basic understanding of the resources in the area. It also provided the basis of information for making determination about the studied resourceʼs condition, integrityand eligibility for the Hawaii and National Register of Historic Places. Extra targeted research was also performed using the Hawaii State Libraryʼs subject index for both major newspapers.