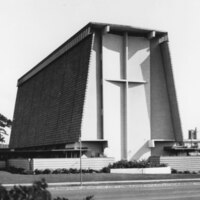 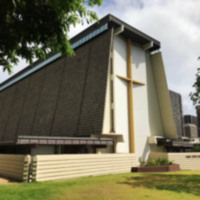 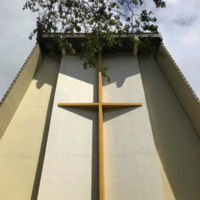 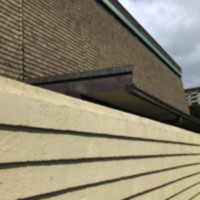 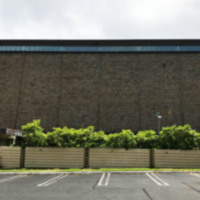 In 1925, the church moved into a substantial structure at the corner of Vineyard Street and Fort Street. But in 1951 the City & County of Honolulu informed the church that this site would be condemned for the straightened and widened Vineyard Boulevard. The former Korean Methodist Church a half-block mauka on Fort Street was therefore purchased and renovated - but in October 1955, before Harris had even moved, this site was also scheduled for condemnation for the construction of what would become the bottom stretch of the Pali Highway. Harris only was able to occupy this new location for three years, from 1956 to 1959. The Honolulu Redevelopment Agency reserved the current site for Harris as this entire area was cleared for Urban Renewal, and the church was able to purchase it.


The Harris United Methodist Church looks substantially the same in 2021 as it had in the 1960s. Fundraising for this complex began in 1958 and its groundbreaking took place on December 25, 1960. By June 1962 the buildings were in use, and the official dedication was on August 5, 1962.

The entire site is 2 acres; the sanctuary holds 350 people and the social hall 300. There are 14 Sunday School / preschool classrooms and parking for 100 vehicles. The cost, including the land, was $750,000.